The Minor Cyclades islands are also called “Erimonisia”, which more or less means “the deserted ones“ or “the lonely ones”. In fact, the islands are not really well-known among boaters and it is a lot less crowded than their more well-known sisters in the north and south. 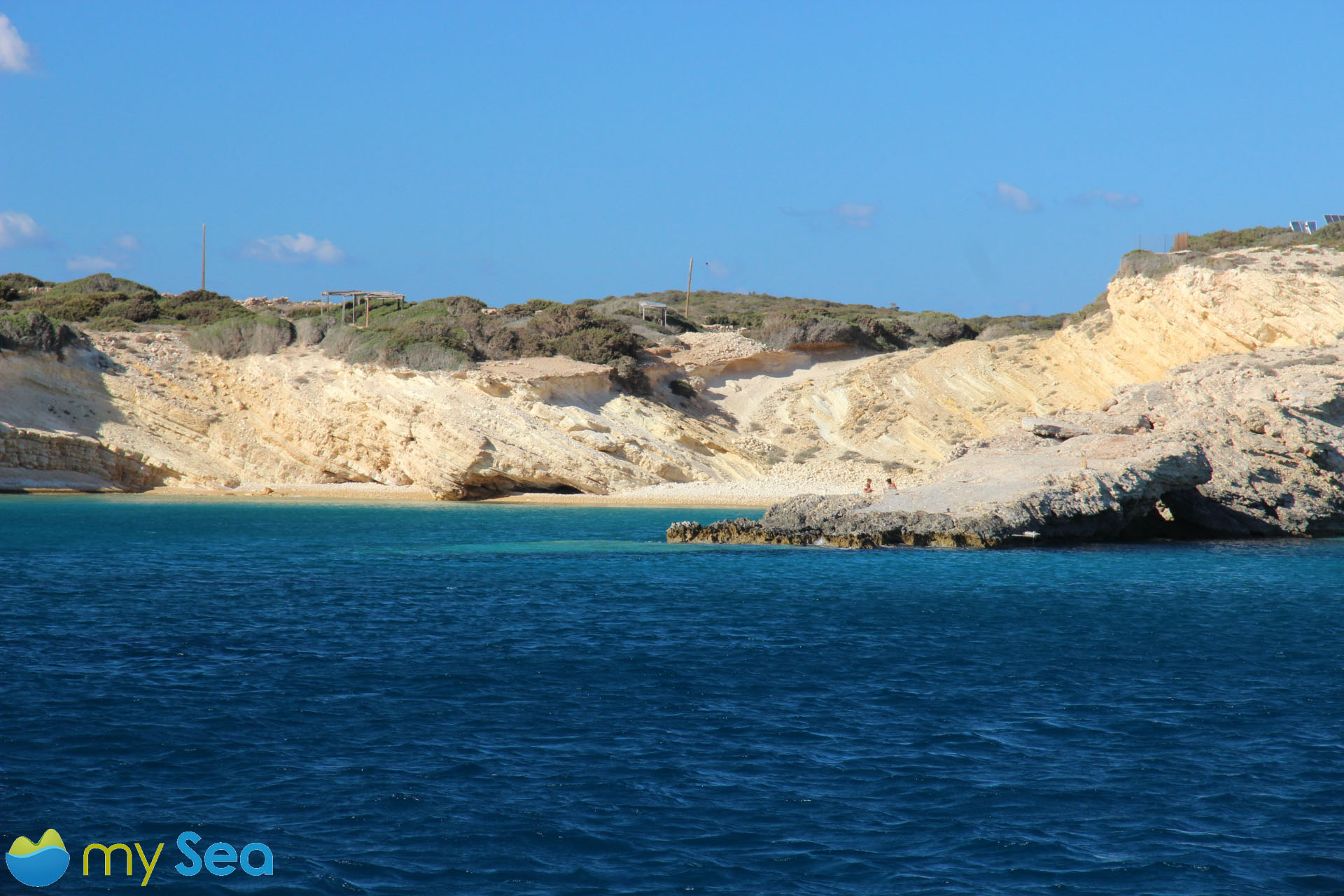 A few dropouts and cattle breeders live in Kato Koufonisi but only in summer, the rest of the year the island is uninhabited. There is absolutely nowhere to buy provisions and most of the anchorages can only be recommended when the weather is calm. But this is why they are even more spectacular. When the weather is totally calm, the visibility conditions good and you approach very carefully, you can anchor on the south side between the rocks, which look like they are forming streaks in the water. Land lines are imperative. You moor here between sand-coloured rock layers sloping towards the sea at the ends of which small caves have been eroded into the rock. There are small pebble beaches at the waterfront. The water is crystal clear. Simply glorious. 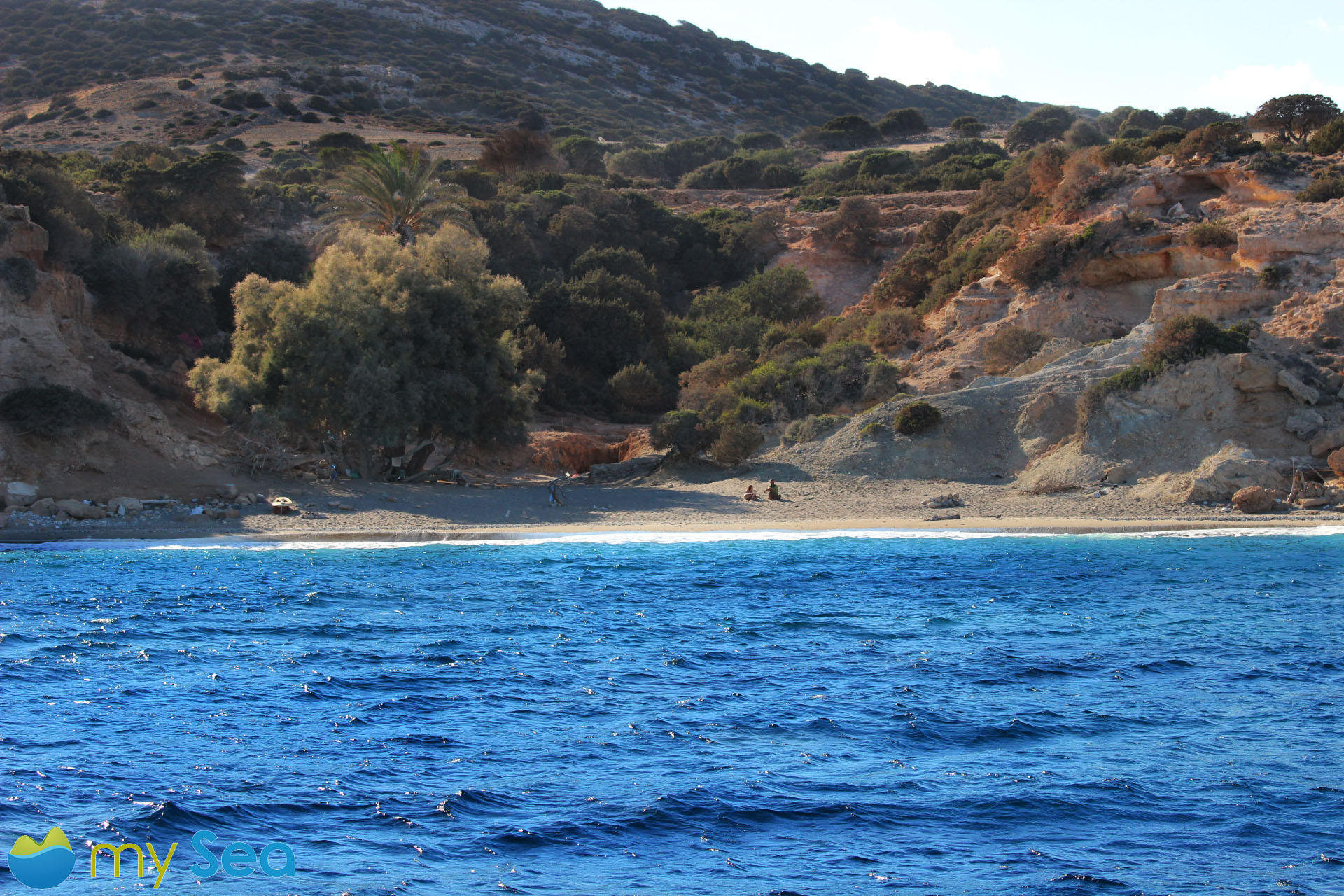 Slightly further to the south is the anchorage “Nero”. Boats can moor here at a water depth of approx. 6-8 metres, without shoals. The waterfront has fine sand. The surrounding hills covered in trees and bushes have formed a small valley where there is a bony but shady tree at the crest. The perfect place to unpack the boat’s barbecue and to cook a meal on shore. And get to feel like Robinson Crusoe.

Pano Koufonisi is a virtually circular island with a beautiful Chora and fine sandy beaches but only a few sheltered anchorages. Koufonisi Port does provide shelter and secure anchorages but only for a few small yachts in the 10-metre class. 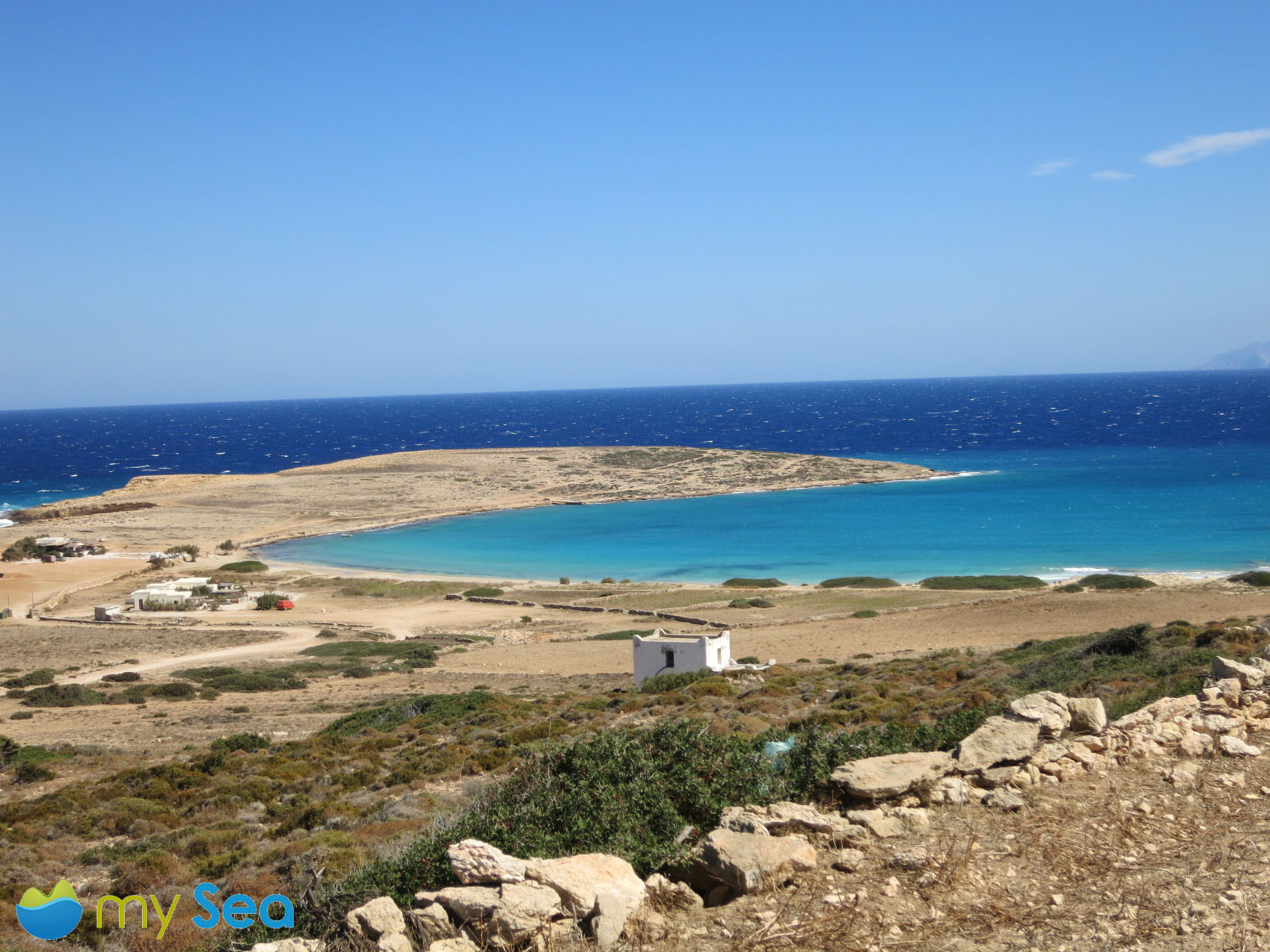 In addition, most spots are occupied by locals. Parianos Port, which lies slightly further to the north-west, is nearly completely in the hands of fishermen and offers practically no places for visiting boats. But you can buy fresh fish straight from the cutter. It is worth exploring the Chora, simply drop your anchor slightly to the east of the harbour entrance. Shelter from the Meltemi is moderate but the sandy bottom is holding decently and the water is wonderfully clear.

The Chora with its white houses goes up the gentle hillside. In the village there are a number of good taverns, two supermarkets, a bakery and a bicycle hire. It is not possible to hire scooters or even cars in Pano Koufonisi. 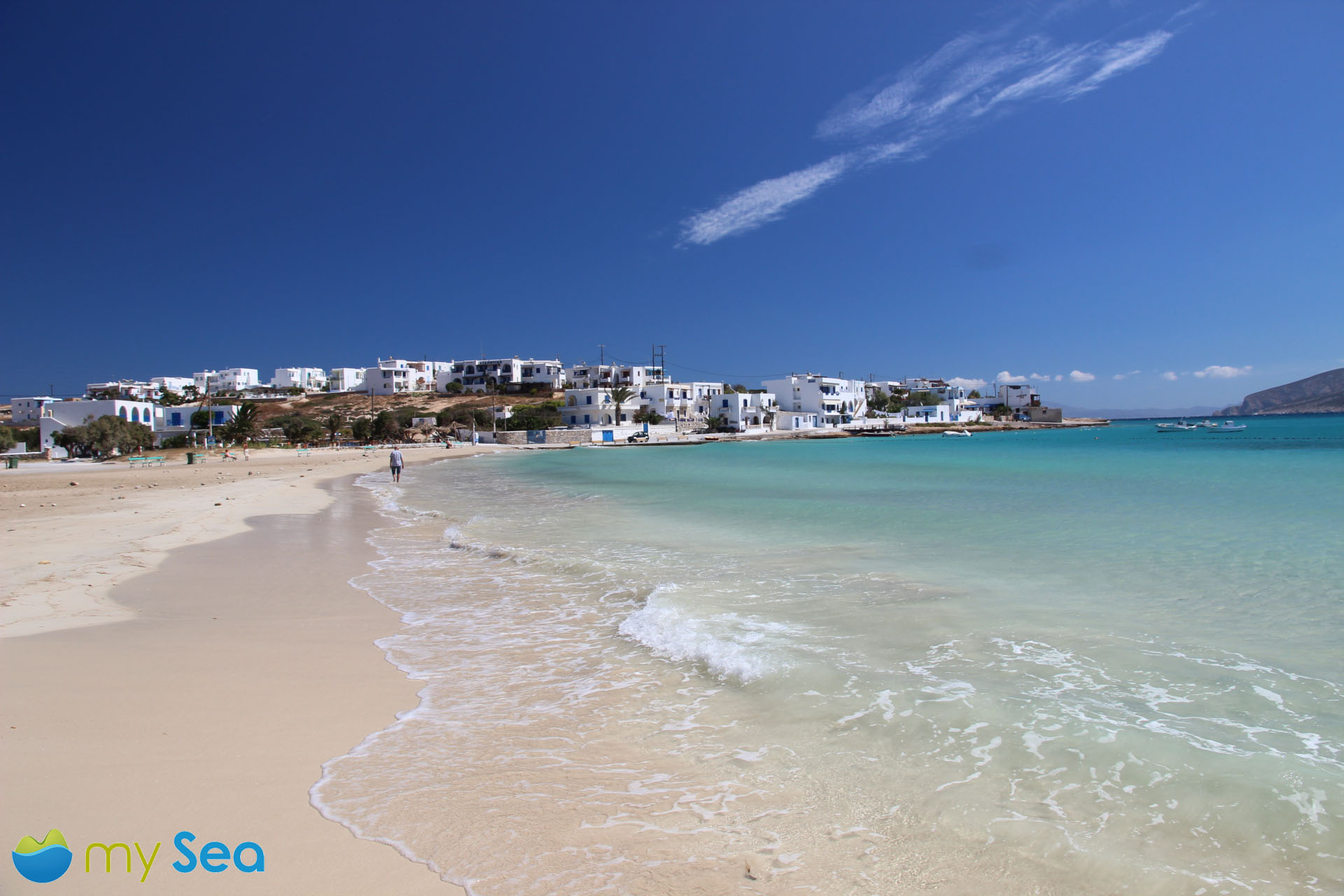 In the north of the island bizarre rock formations, some lime wash, some sandy-coloured, tower above, bracing themselves against the waves rolling in. The Meltemi whips the foam over the cliffs. An impressive sight, especially from the sea. In the NE of the island lies Pori Bay, a true dream for all boaters. The large crescent-shaped bay provides plenty of room to swing anchor. Once the anchor is buried, the sandy seabed has an excellent hold. If light rocking does not bother you, then you can moor here and will be sheltered here with winds up to wind force 6. But if the winds are stronger than 6, then the swell becomes unpleasant as the offshore cliffs are flat and the wind has no obstructions and is totally unbridled when it hits the bay.

The extensive waterfront is made up of fine sand, the crystal-clear turquoise water is ideal for swimming and the seabed slopes gently. Also perfect for children. There are two taverns, which both serve as a breakfast bar, beach café and tavern at the same time.